The power of community leaders acting together - Livability is part of the Poole... 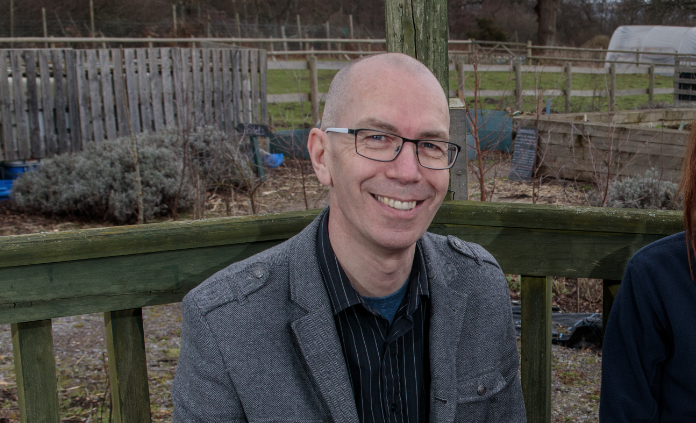 Livability is all about making connections happen for people and communities, but how does that work out in your town, and your street? ‘It all adds up’ is a concept at the heart of our work – but what does it look like in practice?

People in Poole are showing what can be done, through a collaboration called the Poole Conversation. Initially launched by church networks, this enterprise draws together a group of community-focused agencies, including Livability, who are working to see just what can be changed when people act together.

The agencies connected with each other 18 months ago to look at the community’s strengths and to address some key local issues. On the list was social isolation in the older population, a need for aspiration for young people and a desire to build a stronger, cohesive community. Dorset faces some social challenges: it has the highest percentage of elderly people, at 27%, of any county, and almost one in four people in deprived areas of rural Dorset have a limiting longterm illness.

In a short time, the Conversation has already made a difference, as 150 community leaders discovered when they met to celebrate what has been achieved so far. The audience included senior leaders from Dorset police and emergency services, the local Clinical Commissioning Group, Poole Council and the Bishop of Sherborne.

As a direct result of the Conversation, churches are working together to coordinate their responses to older-people isolation, and a ‘Town Pastors’ scheme is reaching out to local young people on Saturdays. Streets and neighbourhoods are changing; some 40 grassroots community ventures were highlighted through a ‘Great Neighbourhoods’ programme, including the launch of a daily health walk, a community choir for people living with cancer, and a neighbourhood flower-planting project.

Dorset Police’s Chief Inspector Chris Naughton was just one leader who gave a ringing endorsement for the Conversation’s outcomes, when he outlined a plan to encourage community support officers to build links with the Great Neighbourhoods groups.

Neil Stevens of Livability Holton Lee, part of the Conversation’s core team, said: ‘The Poole Conversation has shown that change in the community often starts from the ground up. The 40 or so groups represented at the celebration are just the tip of the iceberg. Over the past 18 months, one of the most gratifying things has been seeing the different strands of local government, churches, charities and the local community working together to bring about change. We have seen that when people take responsibility for their place, their community, and bring what they have to offer, a process begins, leading to a strengthening of relationships, a renewed sense of ownership and people feeling more connected to their neighbours.”

In addition, Neil was delighted to see how Livability’s message resonated with others involved in the Conversation: ‘Seeing so many people at the event refer to the Livability banner on display, and the fact that together we are doing what the banner said – increasing happiness and wellbeing, reducing isolation, taking down barriers – meant I could really see Livability in action. I’m excited to see what the Poole Conversation can achieve in the months ahead.’

Find our more about Livability’s work in Poole through our wellbeing discovery centre and our education centre.