Recovering from stroke - one man's rehabilitation story and sporting success 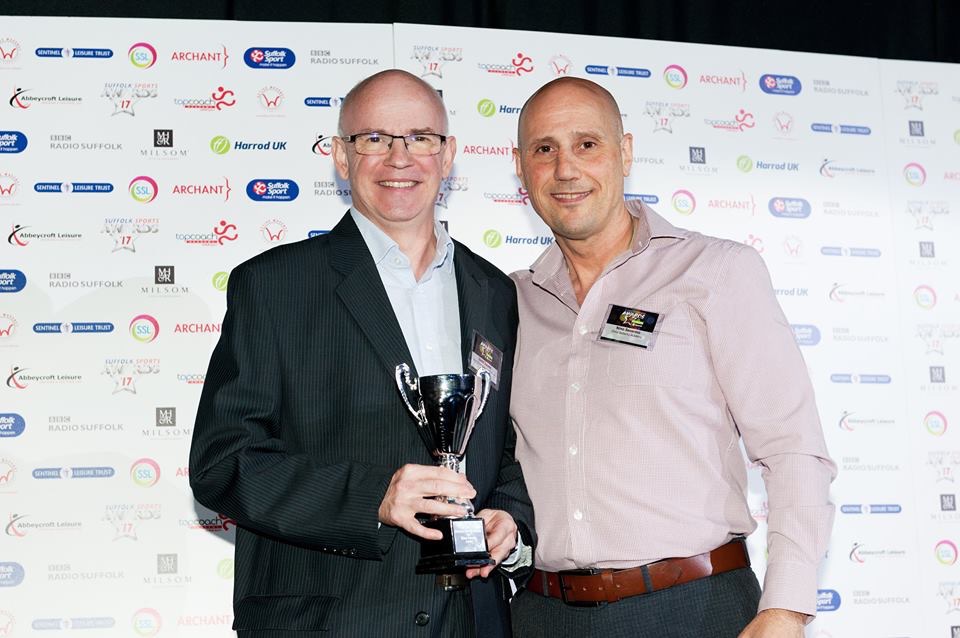 Support from Livability Icanho – an aquired brain injury rehabilitaiton centre – made such a difference to runner David Swales that he decided he would raise funds for the Suffolk-based rehabilitation centre – by running 1,000 miles in 2017.

Now 850 miles in, with £2,500 raised, David’s astonishing achievement after a debilitating stroke was recognised last autumn when he collected three sporting awards for his extraordinary efforts and determination.

By popular vote, he won two West Suffolk accolades – Triumph over Adversity and the People’s Champion – and this was followed by a county-wide sports award. ‘I went to the ceremony because I have been volunteering with a park run, who were there for an award,’ David says. ‘I was totally surprised that I was really there to receive an award myself!’

54-year-old David’s stroke, after a 10k run in April 2016, left him with 40 per cent sight loss, mild speech impairment, neurofatigue and cognitive problems. This was extremely challenging, says David, but he found that the emotional impact on his life was as tough to deal with as the physical. ‘Stroke is a lonely place,’ says David. ‘You spend a lot of time inside your mind. I have a wonderful family who give me great support but I have – and still do – struggle with depression.’

After the stroke, David, an assistant finance director with the NHS, was off work for 11 months. He found that social interaction became fraught on occasion, something he found hurtful and isolating: ‘Some people didn’t know how to talk to me because I was struggling with words. Sometimes it made me angry and I wanted to say don’t assume I’m stupid – I’m still a real person.’
He found his confidence was shaken ‘because you start to doubt your ability to do stuff. Memory’s an issue for me and I’d start to wonder if I’d taken my medication, or forgotten to lock the door – that sort of thing. You lose confidence in who you are and what you can do.’

But David is not one to give up easily: ‘I’m very determined and I don’t let anything beat me.’ At Livability Icanho, David received a wide range of treatments, including physiotherapy, occupational therapy and counselling. His treatment was transformative: ‘I cannot speak highly enough of Icanho. With speech and language therapy, I learned that I don’t have to find the perfect word when I’m struggling, I can use another word instead. OT taught me strategies to cope, and counselling was amazing.’

David’s recovery and renewed confidence enabled him to start looking outwards and reconnecting with others. ‘Icanho made such a difference, that’s why I wanted to raise money. I can’t influence many things but one thing I can do is raised funds. I chose to do that because it will mean that more people can benefit from what Icanho has to offer.’

As David hot foots it towards his 1,000-mile goal, his sight impairment means running is safest with a buddy. ‘I ran a half marathon two weeks ago with my friend – I couldn’t have done it without him. Running is my way of telling the stroke it is not going to win. I could not have done any of this without my running club, the Pacers, or Icanho — they have been amazing.’