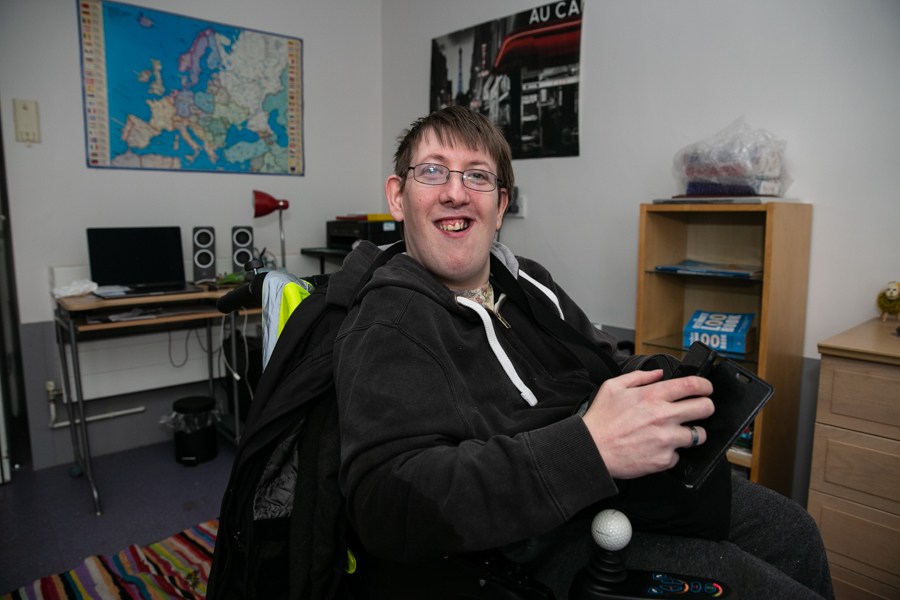 The recent Oscars ceremony 2019 was a highlight for film studies graduate Tom, who recently moved to Livability’s residential service in Hereford. Tom studied film production technology and has a ‘pro’ profile on the movie website IMDB.

Tom doesn’t allow anything to be a barrier to his ambitions. Naturally sociable, he has established connections and close friendships since he moved to Livability Wall Street, through a local church, contact with a volunteering agency and just getting out and meeting people. Tom has been supported to make connections by Livability staff, who initially went along with Tom, as he felt he needed. Now he runs much of his social life on his own but will use support to get to some events.

When he saw an opportunity to be a film extra posted on Instagram, he jumped at the chance – but is sworn to secrecy about the project: ‘I can say it’s in post-production now, and half was shot in The Netherlands and half in London, but I can’t say more at the moment!’

Tom is an enthusiastic member of a local church, where he helps on the sound desk, and 35 people turned up to his recent birthday party at Livability Wall Street. His friend Joe Coode, whom Tom met when they both lived in Cardiff, often meets up with Tom. Says Joe: ‘The fact that our church is inclusive is very important to me – you’ve only got to look at the Bible to see how inclusive Jesus was.’ Tom says he ‘felt very welcome very quickly’ at the Hereford church.

Tom manages his life capably, but he would be the first to admit he can struggle to establish a daily routine. Livability staff are supporting him to build regular elements into his day, to help him get up and out, and get the most out of life. He’s working on getting a volunteering role through a local bureau and is also working on some film concepts. And, of course, awaiting the release of the movie he’s appearing in. Oscars – watch this space!