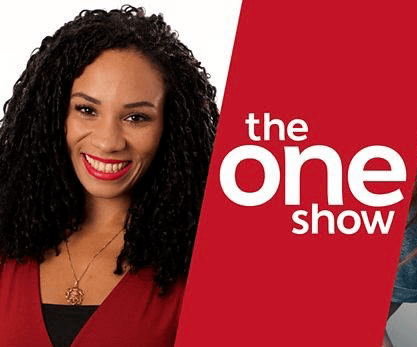 BBC One Show presenter Michelle Ackerley is to host a talk about her career as a TV presenter and journalist at her former school. Michelle is doing the event to inspire pupils as they consider their future career and also support a friend in his fundraising efforts for Livability. John Offord – a former colleague of Michelle’s is running the London Marathon for Livability this April, in memory of his late father.

The event is due to be held at Alderley Edge School for Girls in Cheshire, where Michelle was Deputy Head Girl during her final year. Michelle is best known for her work on BBC programmes such as Watchdog and The One Show.

Helen Jeys, Headmistress at Alderley Edge School for Girls said ‘Michelle is one of many success stories that form our alumnae network and we are really pleased to welcome her back again this year.’

Michelle is presenting this event to help support John Offord, a former colleague at the BBC who is running the London marathon in memory of his late father. John, the event organiser, asked if Michelle would help him run a fundraising event and Michelle jumped at the chance.

John Offord is a freelance producer, working mainly for the BBC. He recently produced a one hour documentary for BBC London on the Windrush generation. He’s part of Livability’s London Marathon running team this year. Currently busy training for the gruelling 26.2 miles, we caught up with John to ask him more about his marathon adventure.

What made you decide to do the marathon for Livability?

I decided to run the marathon for Livability as I wanted to follow in my fathers footsteps to support vulnerable people.

What inspires you about the work?

I think it’s important that everyone can take part, contribute and be valued in society.

How’s the training going for the marathon?

The training is going really well thanks. I managed 13.1 miles on Saturday and 20 miles a few weeks before that.

What’s been the best thing about it?

Getting support from friends, family and strangers! I have never run a marathon before, so if I can do it, anyone can!

What’s been the hardest?

Running 20 miles in one go and the fundraising has been a challenge!

What are you most looking forward to about the marathon day itself?

I know marathon day will be the worst and best day of my life – all rolled into one!

How do you hope your funds and awareness raising will make a difference?

I hope my funds and awareness raising will inspire others to get out there to help tackle social isolation and the barriers that can cause this in the lives of disabled and vulnerable people.