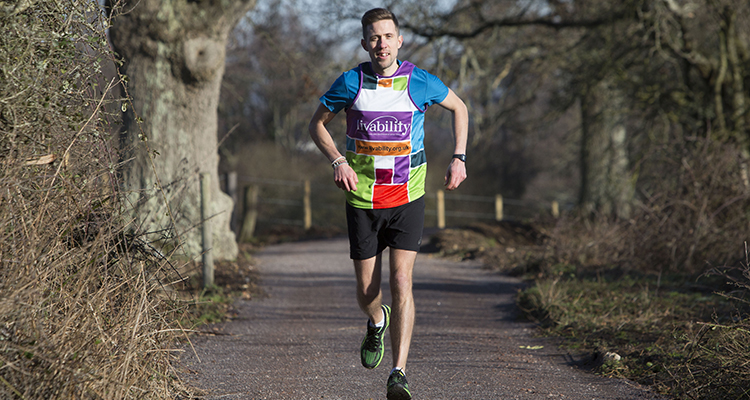 This week, Peter Thompson from Dorset has begun his epic challenge of running 44 marathons in 44 countries, over 44 consecutive days.

Called Marathons for the Mind, Peter’s challenge is to raise awareness around mental health. He is also fundraising for charities Livability Holton Lee and Mind.

Peter ran is first two marathons in St Petersburg, Russia and Helsinki, Finland. Using a combination of planes, trains and boats Peter will travel to each country before running a marathon – then will swiftly move onto the next destination.

A big source of inspiration behind Pete’s decision to run Marathons For the Mind is at Livability’s a wellbeing discovery centre in Poole (Livability Holton Lee), in Dorset, which delivers a gardening therapy project called Flourish.

Flourish is a gardening therapy programme for disabled people and people living with mental illness. Using the gardens in the expansive wellbeing discovery centre of Livability Holton Lee – activities include horticulture, conservation, woodworking and garden maintenance.

Support from the community at Livability Holton Lee

Last week, participants on Livability Holton Lee’s wellbeing programme – Flourish – joined volunteers and staff to run an accumulated marathon together in a show of solidarity with Pete.

21 people counted up the distances they each ran to add up to a collective marathon distance of 26.2 miles.

Livability Holton Lee staff, volunteers and friends ran a marathon in a show of solidarity with Pete

There was a fun and relaxed atmosphere with some people opting to dress up in costumes, including a minion and a zebra.

Paul Mitchell – the photographer who captured the fun at Livability Holton Lee said:

‘It was fantastic to see everyone participating together, contributing in whatever way they could and being supported by others along the way. There was a real Livability community spirit and lots of fun and laughter.

A helpful hint to Pete – Marathons are a lot quicker and easier if you spread the work between 21 of you! We were feeling a little wearied after 10 laps, so we remain in awe of what Pete is doing for us!’

‘We are delighted that Peter has chosen to support Livability by attempting this amazing challenge. Livability is a charity that is passionate about tackling barriers that can cause people to be isolated. We know that growing awareness for and supporting people with mental illness is an essential part of this. Through our work at Livability Holton Lee, we put this in to action – creating a place of wellbeing, community and inclusion through the horticulture and woodland projects we run. We are proud that through such projects we are seeing people who live with mental illness report improved levels of wellbeing and social connection. We’re deeply humbled that Peter has chosen such a challenging way in which to help promote this vital and important work.’

‘EtchRock are extremely proud to be supporting Peter Thompson & his Challenge of running 44 Marathons in 44 Countries in 44 Consecutive days with what is set to be one of Europes biggest challenges yet! We hope to help raise as much as possible for Peter’s great cause as well as spread his message!’

‘We, at Interrail.eu, are proud to support Marathons for the Mind, because of its great cause and that we can help out with Pete’s transportation to reach his incredible brave goal; 44 marathons in 44 days in 44 countries.’

‘We are very proud to be sponsoring Marathons for the Mind and Peter as he attempts to complete this incredible challenge. What an inspirational guy to take on an astonishing mission such as this. It is a true testament to who he is and the Top Cat team are full of admiration for his amazing commitment to this very worthy cause.’