Livability's carol service at St Martin's In The Fields - 2017 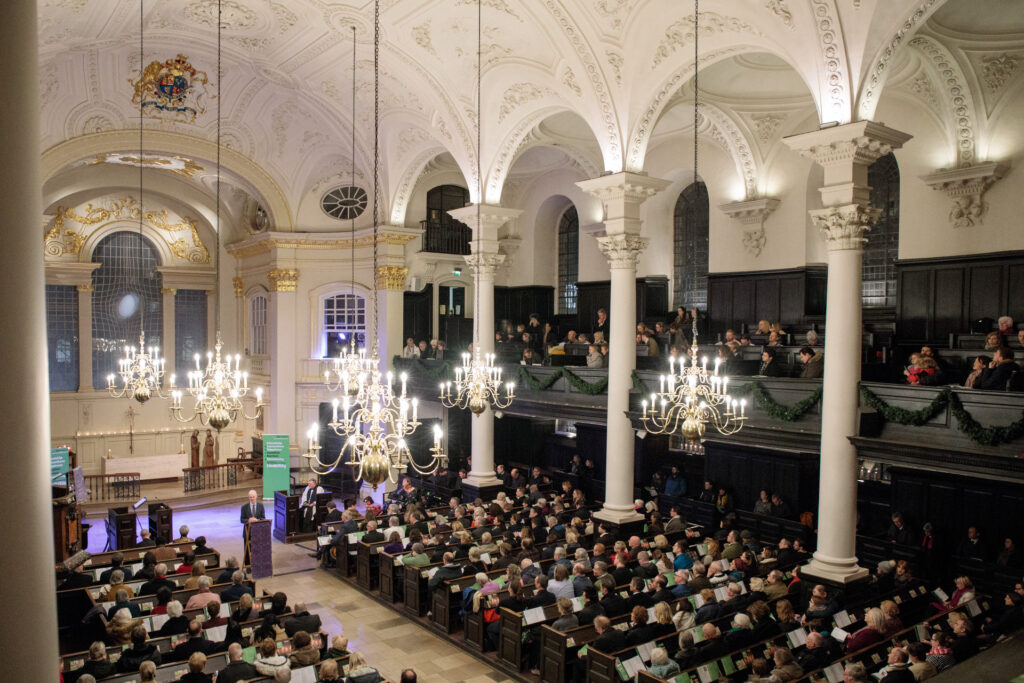 A wonderful evening of celebration, inclusion and community was enjoyed last night as Livability welcomed special guests, supporters and friends for its annual Christmas Carol Service. Held this year on 12th December, the service took part at the church of St Martin-in-the-Fields in Trafalgar Square, London.

Pam Rhodes from The BBC’s Songs of Praise, was joined by the Reverend Canon Roger Royal to host the evening, alongside St Martin’s resident vicar Reverend Colin Midlane.

The event celebrated the Christmas story and explored the importance that good community connections play in growing well being and reducing isolation among the people Livability supports.

Traditional readings from the Bible telling the Christmas story and the birth of Christ were read by special guests including popular TV Presenter – Chris Tarrant, Livability Trustees, staff and friends of the charity.

Becky Tyler shares a reading and message on community

Becky Tyler – a friend of Livability who preached at an accessible communion service that Livability organised with Greenbelt this summer – gave a reading. Becky also shared some of her story and what inspired her about taking part with Livability at Greenbelt.

Becky said: ‘I first met the lovely people from Livability at the Greenbelt Festival in the summer. I was very honoured to preach at the big communion service. This was an awesome service led by lots of disabled people, and it was very inclusive for people with all kinds of disabilities.’

Anthony Dixon, who takes part in a Livability Fellowship Group sang a moving rendition of ‘Bring Him Home’. Anthony is a talented vocalist, performing in charity concerts in the Swindon area. He is a leading member of the Open Door choir, a group for disabled adults, and helps coordinate the Swindon Livability Fellowship Group, including services and performing at local churches.

Michelle Andrea Baptiste is someone that lives at one of Livability’s care homes. She is a keen poet and had one of her poems read by special guest Chris Tarrant. Chris and Michelle stood together as he read out the words. About the evening Michelle said: ‘I have a wonderful family, including a nephew and two nieces. I enjoy visiting church, my friends and social life are very important to me at this special time of year. I am honoured to have one of my many poems featured at such a special event. Poetry is one of my passions and I would like to dedicate it to my family.’

As part of the service, CEO Dave Webber talked to Pam Rhodes about Livability’s work as a charity. He drew attention to challenge of isolation is in our society. Dave also highlighted that with so many cuts and changes to public services, the support structures for marginalised people are increasingly stretched. Using the charity’s work and connections with churches, Dave encouraged everyone to consider the high need to connect people and help them fully take part. Dave Webber then led Prayers and reflections.

Performances on the evening

The evening also featured a host of special performances: A duet ‘He Shall Feed His Flock’ moving version of ‘Silent Night’ were sung by Alison Duguid and Mary Plazas.

The sounds of ‘Let It Go’, and ‘Sleigh Ride’ were played by clarinetist David Wong.

Solo carols were performed by Canticum Chamber Choir, led by conductor Mark Forgen, and the congregation joined in with choice carols throughout the service.

The Canticum Choir at the Livability 2017 Christmas carol service

The service concluded with a blessing by St Martin’s vicar Reverend Colin Midlane and a rousing rendition of ‘Hark the Herald Angels Sing’ from the whole congregation.

The evening was supported by a wonderful crew of people. All part of Team Livability – the volunteers helped run the event make the evening run smoothly. Thank you to all our amazing volunteers.

Volunteers that helped on the evening – an amazing crew

Vote for our film about tackling isolation

Livability’s carol service highlighted the challenges of social isolation and why connecting people with a supportive community is so vital. Watch this film to find out why. The film has recently been entered for a Charity Film award – and voting closes this Friday 15th December.