< Back to news listing

Ian has now COMPLETED his 1000 mile cycle challenge! His fundraising has generated a staggering £2,511 for Livability Icanho. Well done Ian and chapeau

Ian, who lives with brain injury after falling from a roof, is using a specially adapted therapy bike for what he is dubbing his UK Top to Toe Challenge. Ian plans to clock up 20 miles each week, to cover the distance from John O’Groats to Land’s End.

A former music teacher with Suffolk County Music Service, Ian was unable to walk and used a wheelchair when he arrived at Livability Icanho for treatment four years ago. As a result of the therapies Ian received at specialist brain injury centre Icanho, he is walking short distances again. 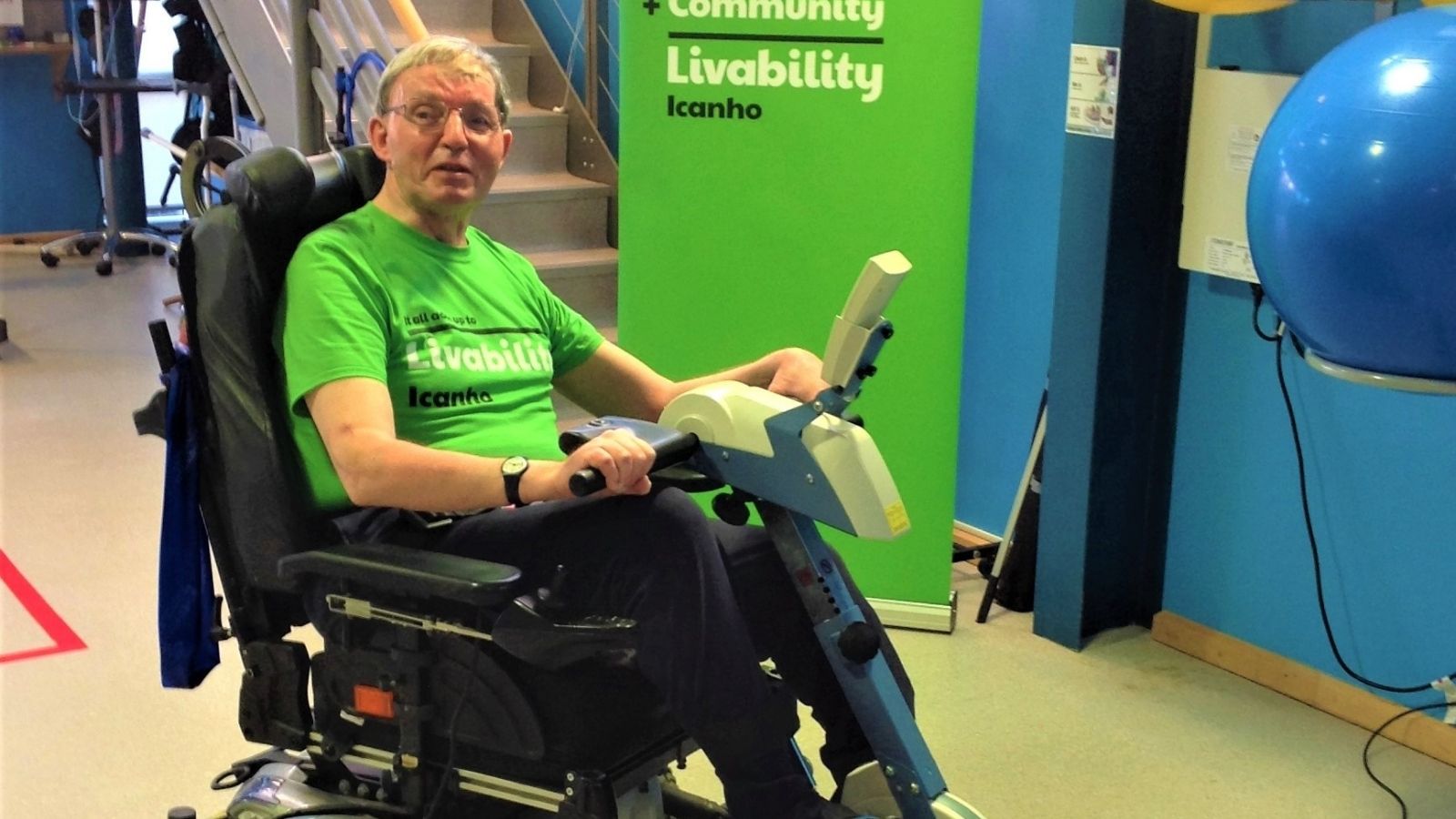 He says: “I’ve gained mobility and confidence. Icanho gave me so much – all the staff are absolutely brilliant.” Ian is undertaking the challenge, which he says is physically “sometimes quite hard, because I want to give something back to Icanho.”

Icanho uses state-of-the-art tech, including a Bioness Vector dynamic bodyweight support system, opened in 2019 by Livability’s patron, HRH The Princess Royal.  Ian has limited mobility in his arms so his wife Rosy assists him to get set up on the bike and his arms positioned correctly. The Medimotion bike can be cycled in two modes: using the arms and upper body, and with the legs. Ian aims to complete the ride within a year. ‘Ian and Rosy are an inspiration and it has been a privilege to work alongside them at Icanho,’ says Icanho service manager Rosemary Gravell.

“Our clients and their families show extraordinary resilience and courage in facing the trauma of brain injury, and the hard work involved in rehabilitation. With this amazing challenge, Ian is literally going the extra 1,000 miles.”

Ian is an experienced cyclist now, having completed a virtual UK to Rome cycle last year, but he never learned to cycle as a child. ‘My dad used to say if he bought one bike, he’d have to buy three, as there were three of us. So we never got bikes!’ Ian has also bravely overcome a profound fear of water, as part of his therapy, when he was offered hydrotherapy at the Windmill Hydrotherapy Pool near Cambridge. He continues to attend Livability Icanho for physiotherapy.

Rosy, who has been married to Ian for 38 years, says: “What Icanho gives us is incredible positivity and skill from the staff. The whole ethos is whatever you want to do, we will try and help you to achieve that.”

As well as Icanho’s support, Ian pays tribute to Rosy: “‘I couldn’t do any of this without this lovely lady here!”

About us
Services
Blog
Get involved 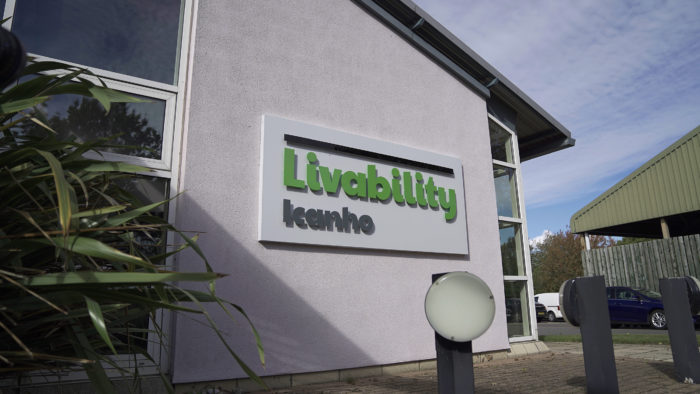 About us
Services
Blog
Get involved