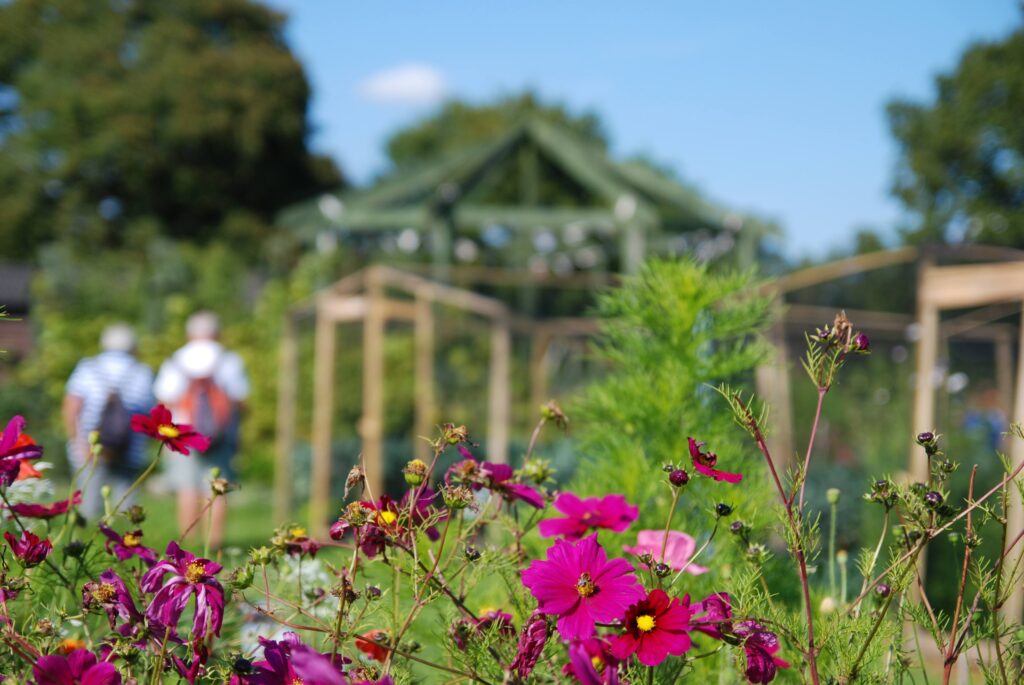 Our Flourish Garden at Livability Holton Lee has won a Britain in Bloom Neighbourhood award and been classed as Outstanding!

The Flourish Garden is a wellbeing project on our Holton Lee site that invites disabled people and those living with mental health problems to improve their wellbeing through gardening. There are 350 acres of land bursting full of fruit, vegetables and flowers, with up to ten volunteers a day working hard to make the project the success it is. Some of the fruit is made into jam and sold, and vegetables are also sold by local shops, with all funds going back into the project.

The Britain in Bloom Neighbourhood award is open to community projects which are volunteer led and focused creating a green space in their local patch. Our Flourish Garden entered for the first time in a few years, Anna, Livability Flourish team leader and horticultural therapist said ‘we are so pleased to get outstanding for this award.’

The judge of the award visited the Flourish Garden in July and was particularly impressed by the community participation and the environmental responsibility of the garden. The Livability Flourish garden is mindful of the environment by promoting recycling, working with charity Ideas2Action on their mission to ‘win on waste’, along with capturing rainwater to reuse in the garden and using peat-free compost to name a few. The garden which boasts lots of wild flowers was praised for encouraging wildlife, biodiversity and working in harmony with the local nature reserve. ‘The success of the garden and the award is truly down to all of the people that volunteer and participate in the garden’ Anna explains.

We are so proud of what the Flourish Garden is doing, and it’s absolutely fantastic to receive this nationally recognised award. The project received a certificate and were invited to the Bloom awards ceremony in recognition of their achievement.

Part of the Britain in Bloom Neighbourhood is to encourage communities to reduce social isolation, so the Flourish wellbeing project is a perfect example of bringing a range of individuals together where participants can learn new skills, work with others in a team and connect with nature.

Anna noted that the Flourish Project has ambitions to grow a forest garden over the next couple of years, with the aim of creating a whole ecosystem that will mimic a woodland and be climatically resistant. She said ‘we would love to enter for the award again once the forest garden is in full bloom.’