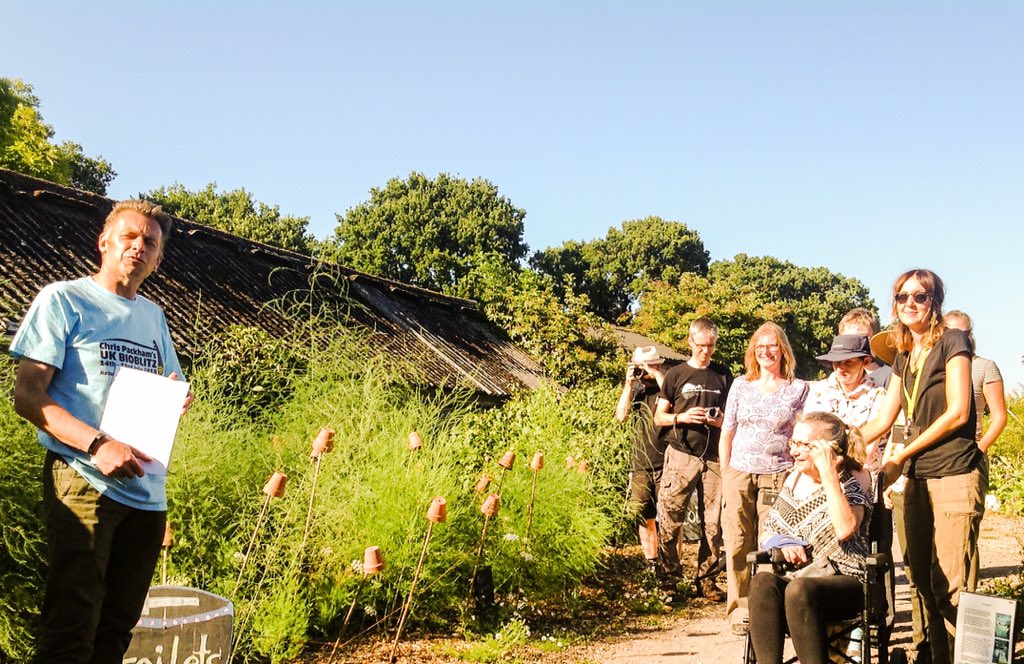 Chris Jeffs – a Brackley based local that uses Livability’s services in the region has recently received a commendation from fellow members on a local health walk group.

Through Livability’s independent living service, he has become a volunteer walk buddy on a short health walk, organised by the South Northamptonshire Council (SNC).

He was nominated by Doreen Hosie (88) and Jill Wooding (82). Doreen said, “Christopher has been the most caring and helpful ‘Walks Buddy’. We have a few less able walkers and he is always there for us. He looks out for any difficult areas, for example broken slabs, and stands there until we have passed. Many, many thanks Christopher.”

Cllr Karen Cooper, SNC’s portfolio holder for community engagement and wellbeing, said: “We have an excellent health walks scheme in the district and it’s great to see service users from Livability walking on one of our health walks. I would urge anyone interested in being more active to join a health walk.”

Chris has also received a letter from The Rt Hon Andrea Leadsom, MP for South Northamptonshire – congratulating him on his achievement.

Find out about Chris’s role in Livability’s new film

Chris Jeffs has also recently starred with a cast of people that use Livability’s services in the East Midlands, in a special new film about the work of the charity. The film is called ‘It All Adds Up’ and celebrates the importance of community connections. The film has recently been entered for a Charity Film Award, and voting for the film is live until next week.