If my disabled son can run, then so can I! 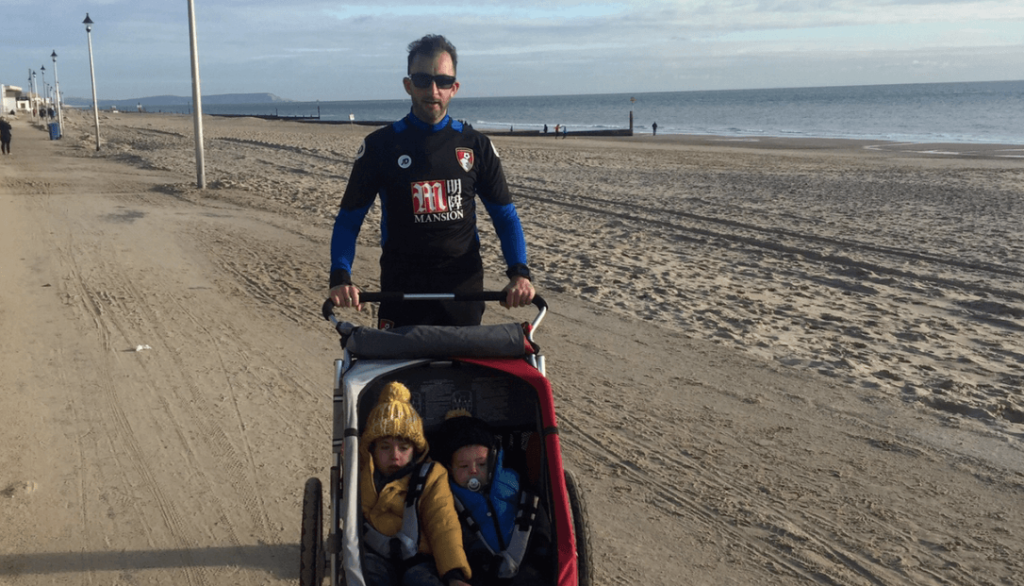 Father Matt Sutton shares how his five-year-old son Jenson inspired him to take on his toughest running challenge yet – the London Marathon.

Last year, Jenson, a student at Livability Victoria Education Centre, took part in his first 1km race, on Bournemouth Pier. Jenson has a chromosome disorder and had only recently learned to walk after he began school. ‘He’s talked about the race ever since,’ says dad Matt, ‘and when we drive past the pier, he shouts “race!” and “medal!”’

Matt decided it was his turn get on track: ‘After Jenson completed the kids’ race last year and raised over £2,000 for Livability, it really inspired me to get my running shoes on again. I wanted to match Jenson’s efforts and give him something he could be proud of his dad for.’

Matt braved freezing winter mornings to train, fitting demanding sessions around work and family life. He and his wife Emily have two sons and Matt explains how he had leave Emily to look after the boys for hours at a time.

Nothing daunted, Emily recently organised a black tie dinner and auction that raised £2,000+ for Livability, and Jenson has recently completed his second run, the Health-on-line Bournemouth Bay Run.

Fundraising for Livability is clearly a family activity in the Sutton household. So why do they put in so much time and effort? Matt says it’s their way of appreciating what their son is gaining from a Livability education: ‘Jenson’s progress has been largely down to the great care and therapy he receives at Livability Victoria Education Centre.

He loves his PE lessons and I think the weekly rebound therapy on the trampoline and dance lessons have been instrumental in his core stability and coordination.’

When Matt crosses that finishing line on Sunday, the first people he wants to see are his family. ‘I’m looking forward to meeting Emily and my boys as I see this as something we have worked towards together as a family, so I know it’s going to be a bit emotional! I’m also looking forward to beer and pizza!’

Read about Jenson’s run that inspired Matt to get training here.

Find out more about our amazing marathon runners, joining Livability this weekened here.