Greenbelt success - Hundreds of people trained to be Dementia Friends 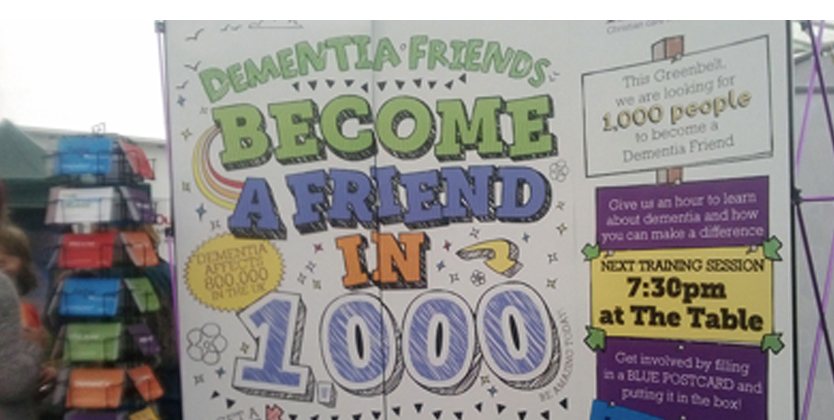 At this year’s Greenbelt festival, Livability had a clear aim: to train as many people as possible to become Dementia Friends. This national campaign takes just one hour and teaches people about dementia, what it is, what it does to people, and how we can respond.

The Livability team, in partnership with the Alzheimer’s Society, ran workshops every evening of the festival, training 350 new Dementia Friends. We also talked about Dementia Friendly Churches, and ways that the local church can respond to the challenge of dementia.

“It was a brilliant opportunity” says Livability’s Trevor Adams. “There was huge demand from people wanting to know more about dementia.”

Later this year, Livability will be launching a Dementia Friendly Church pack, full of resources, advice and ideas for churches.

At Greenbelt, Livability also ran a variety of other activities, including a Happiness Course Taster and talks on disability and inclusion, that attracted over 700 people.

Greenbelt is an arts, faith and justice festival. Launched in 1974, the event takes place every year on the August Bank Holiday weekend.