Gemma’s royal commendation for her work in disability sport 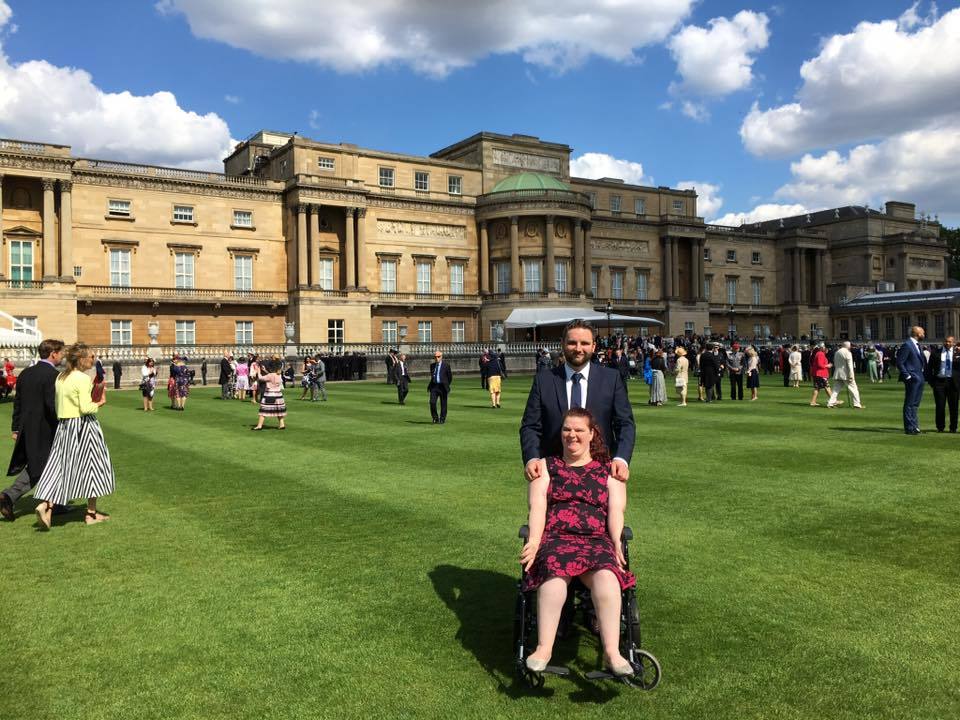 The arrival of her mail changed a regular morning into a red letter day for Bournemouth resident and former Victoria Education Centre student Gemma – when she opened an invitation to a royal garden party at Buckingham Palace.

Gemma, honoured by this invitation because of her work in disability sport, said it came as ‘a huge shock because nobody had told me I had even been nominated’. Wheelchair user Gemma launched a community club for boccia players – an accessible bowls game – two years ago, after getting hooked on the game when a student at Livability Victoria Education Centre (VEC), Poole.

Returning to the Bournemouth area after college, Gemma drew a blank with boccia: ‘I started the club because local clubs simply didn’t exist. I figured that I wasn’t alone in needing a sporting outlet and knew that I had the ability to put things into motion to help myself and other local disabled people.’

The weekly club now numbers ten people and five coaches, training at Livability VEC where members benefit from the expertise of coach Martin Cook, PE teacher at VEC and recent winner of Boccia England’s Coach of the Year award. Members are already taking part in regional level competitions and Gemma, who herself plays at top national level, is excited about the potential she’s seeing: ‘I can’t wait to see what further talent comes up through the club in the future.’

Gemma travelled to London for the garden party with mum Alison and brother Ben. The highlight of her day ‘definitely was talking to Prince William! He was extremely encouraging, kind and interested. I was so proud to have been commended for my contribution to disabled sport.  It’s not every day you speak to the future king, and to have him show interest in our club was incredible – I even invited him to visit if he is ever in the area!’

Gemma also chatted to Sophie, Countess of Wessex, who was ‘extremely encouraging about the club’. Brother Ben, a teacher at Livability VEC, says he is ‘unbelievably proud of Gemma, whether she’s achieving small things or amazing ventures like this one. She’s never let her disability stop her.’

Gemma’s royal commendation is not the first time her community sports work has been recognised – she won BBC South of England’s Sports Personality of the Year, in the Unsung Hero category, last year. ‘Going to Birmingham for the awards ceremony was surreal and one of the greatest experiences of my life,’ she remembers. ‘I particularly enjoyed bumping into Sue Barker in a lift, going up the red carpet, and having a surprise photo opportunity with Harry Kane. It was amazing!’