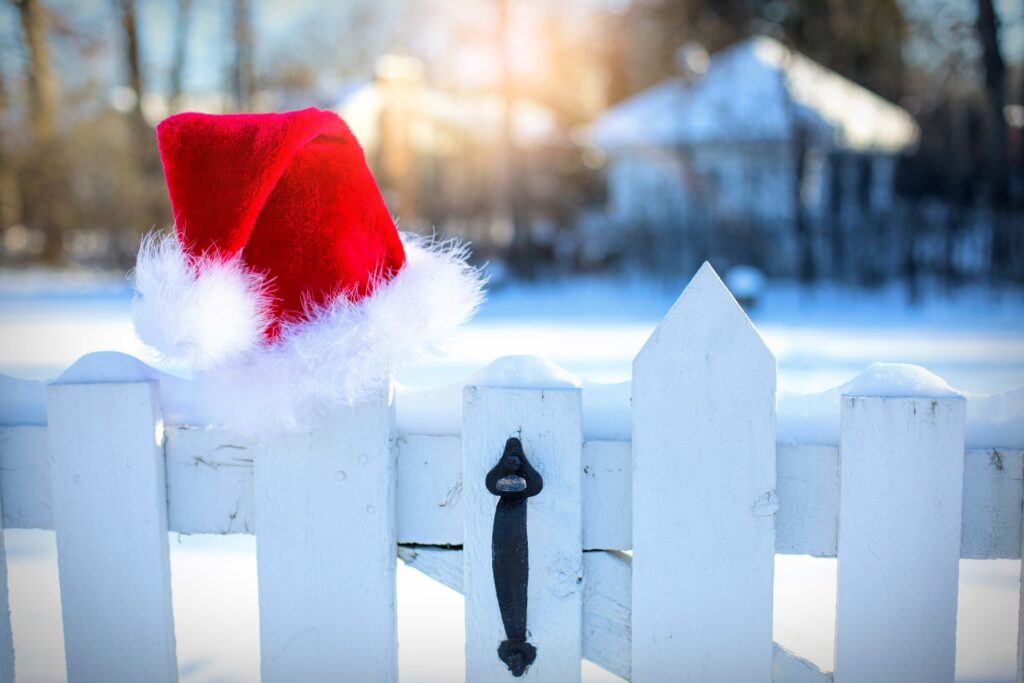 As the festive countdown ticks away, people who use Livability’s services around the country have been making sure that there’s plenty of Christmas spirit to go around, at fun events where everyone is welcome.

Northamptonshire residents were delighted by a surprise visit from Santa Claus this month, along with some cheerful helpers from the Livability community who took part in an annual Santa Run – and raised £400 to support disabled and vulnerable people. Runners Matt, Philip and Kevin braved a cold, dark night, along with support workers Cath and Louisa, to follow Santa around the streets of two villages near Brackley.

Safety was paramount, with the runners kitted out with head torches, hi-vis jackets and a run leader to look after Santa and his helpers. The team knock on every door as part of the popular event, and receive ‘a very welcoming response’, says Louisa. ‘I most enjoyed going round all the houses,’ says Matt, and yes, he would do it again.

Taking part was the idea of Livability staff member Lorraine Eagles, who works at the East Midlands service, part of Livability Independent Living. ‘The run is organised by the Brackley Round Table and they’re very keen on us taking part,’ says Lorraine.

Based at Brackley, this Livability service offers a range of independent living support, including a vibrant day centre for people with learning disabilities, which is attended regularly by Philip, Kevin and Matt. Livability’s support means people who use this service don’t sit alone at home or spend all their time inside the day centre – their contribution to community life is valued. Chris Jeffs – a man that uses the service in the area – was recently commended by local MP Andrea Leadsom for his involvement in a community health walk.

The event is a team effort. ‘We all sit down and talk about what we want to do for the show,’ says Iris, manager of Livability Conwy’s day service, for people with learning disabilities. ‘This year’s been a tough one for many individual, families and, looking wider, countries, and we all decided if we all loved each other, all these problems would vanish. We know it’s not that simple but that’s where we started.’

Staged at the local Baptist church, a packed house enjoyed ‘a very, very well-presented show’, enthuses Iris. ‘There was drama and dance and we used paper hearts to illustrate the theme. It’s totally inclusive – everybody takes part.’

The service has strong links with the church, which Iris praises as being ‘very community-minded’. The church marked Ability Sunday in September, a Livability event which gives churches the opportunity to celebrate the contribution that disabled people make to church life. An accessible Bible study group is part of the church’s regular programme, run by Livability staff member Hazel Marlot.