The action men that take on extreme sports 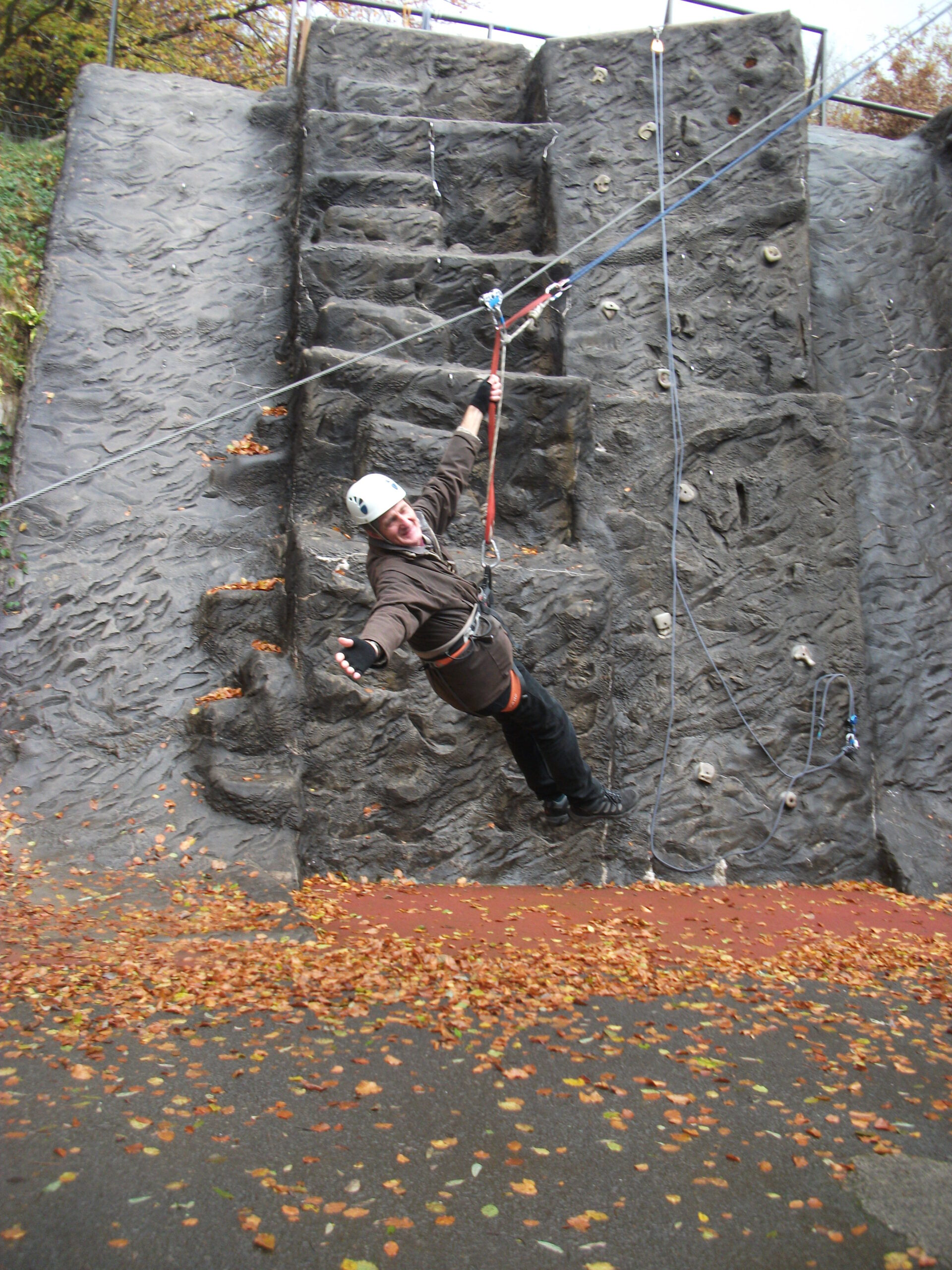 Nothing cheers up February like planning a holiday. Richard had always dreamed of an extreme sports holiday but didn’t think it would be possible. Until staff at his residential care home produced a brochure and arranged a holiday of a lifetime.

Richard Hooper and Richard Jones are thrill-seekers who share a love of adventure and the outdoors.

‘I wanted to do this my whole life,’ says Richard H. ‘I like living on the edge.’ Richard J, who formerly worked as a head gamekeeper in the Outer Hebrides, until he contracted MS, agrees.

They also share living with profound disability, which throws up some significant barriers to taking part in extreme sports. The men both live at Livability Wall Street, a residential home for ten disabled adults, in Hereford.

When the guys told Wall Street’s deputy manager Tracy Aldridge about how much they wanted to try activities like abseiling and rock-climbing, she knew there was a chance this could happen. ‘I contacted the Calvert Trust, which gives people of all abilities the chance to do all the crazy things that the two Richards wanted to do. When I spoke to the guys, they were excited – but I don’t think they really thought it could actually happen.’

A summer booking was made and the men travelled to Exmoor for a week of adventures. ‘They tried everything!’ says Tracy. Everything included climbing, abseiling, box jumping – being hoisted onto a wobbling tower of crates which is then pushed away – white water rafting, and the list goes on. Was Richard H scared at all?  ‘Not nervous – far from it!’ he says. ‘It was great! I’m not scared of heights.’ Archery was less exciting because there was no speed involved, says Richard – but a 60m zip wire was a highlight. ‘I did it on my own. Did I go fast? Oh yeah. I did it two or three times.’

A break that was fun, but a lot more too

Returning home, others noticed that this holiday had given the two men much more than fun. ‘When they came back, they were absolutely elated. They’d just found this new love of life because they’d found that their disability wasn’t a barrier,’ Tracy says. ‘It was phenomenal – they came through the door and they were crying because they were so overwhelmed.’

Both men are now planning future holidays. Richard H hopes to return to Exmoor and Richard J is off to Tenerife this summer. Wall Street staff take on board the extra work that arranging this kind of holiday creates. ‘That’s Livability’s ethos – we’re happy take on things that are very hard to organise so that people have the best quality of life possible,’ Tracy says. ‘I think it’s so sad that people with disabilities can believe there are so many barriers that can stop them. That’s not what happens here!’

That’s why at Livability we ensure, together and with the people we support, that we are creating the best opportunities (whether a zip line is involved or not!) for people to have the most livable life. We know it takes all sorts of things adding up together to provide a flourishing life.

Richard, Richard and the team at Livability Wall Street – we can’t wait to see what you take on next!