The power of pets - a residential home embracing the outdoors more than ever with a dog... 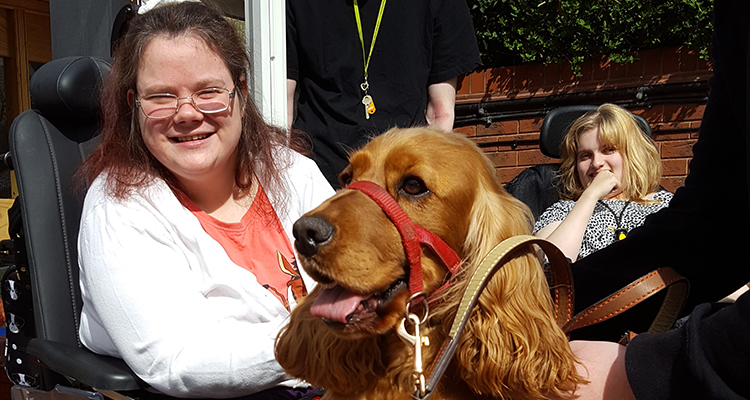 Getting some much needed time outdoors is an important part of life at Livability John Grooms Court – a care home in Norwich. The staff and people that live at the home love spending time outside so much, they thought it would be nice to have some company by starting a dog walking group.

Through an organisation called ‘Borrowmydoggy.com’, a 4 year old cocker spaniel called Bran has now been introduced to the people living at Livability John Grooms Court.

‘Bran has gone down really well and everyone has fallen in love with him already’, says Sue Hampson – Deputy Manager for the service.

‘The reason why we thought dog walking would be a good idea is because when you walk a dog, you’re bound to go outdoors in the fresh air and spend more times in parks.’

Research has shown that walking a dog lowers stress levels, and increases the opportunity to practice mindfulness and connect with others in your community.

Being outside can increase your sense of well being and can improve socialisation within the community and improve feelings of loneliness and isolation.

Even the simple act of stroking a dog can reduce the physiological indicators of stress, including high blood pressure.

One member of the home, Stephen said, ‘I used to have a dog like this when I was a boy’. Another, called Dan said ‘I love Bran and he loves me,’ and Catherine sits for hours holding his lead in the unit and is besotted with him.

Bran has settled well into and has become yet another successful activity at Livability – John Grooms Court.