Livability York House hold a Friendship Lunch that celebrates connections with their local... 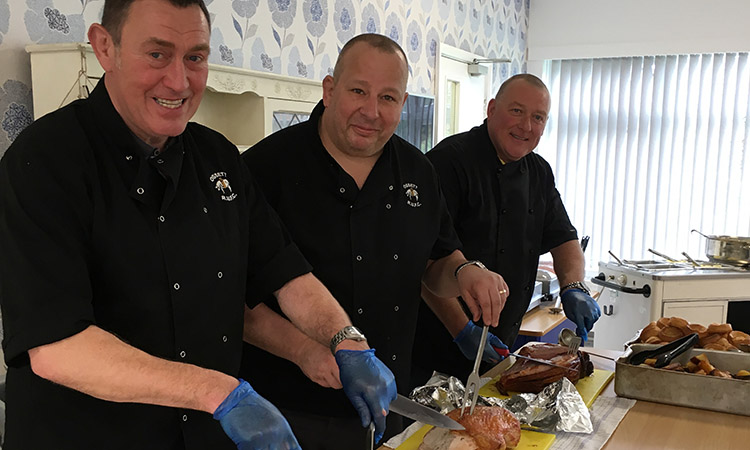 The Friends Group invited residents and members of the local community including representatives from Build Ossett Better (BOB), The Rotary Club, ‘You know you have lived in Ossett Facebook Admin’, Education Ossett Community Trust, a Flockton Church committee member and Honorary Members of the Friends Group. In total there were in the region of 30 guests present.

The ethos of the event was to raise awareness of Livability York House and the work that the Friends Group are doing in order to enhance the quality of life of the people that live at the care home. The guests were informed that funds raised so far enabled the installation of an extended WiFi access at the centre and the purchase of assistive technology equipment to support communication needs. In addition there are plans to adapt the upstairs kitchen to be more accessible for the residents to encourage some independent living.

30 guests turned out to the Livability York House Friendship Lunch

The event was a great success where new friends were made and additional connections with the community established.

The event would not have been possible had it not been for the support of members of Livability York House staff in the preparation for the event and the inevitable washing up afterwards! Members of the Ossett Rugby Club cooked the entire meal and served the carvery.

The Ossett Rugby Union Football Club have supported Livability York House for nearly 10 years by cooking the Christmas Lunch for the residents and making sure that Father Christmas arrives on time.

The only comment from the residents was “When is the next one?” and the local team have also received thanks and offers of support from the invited guests.