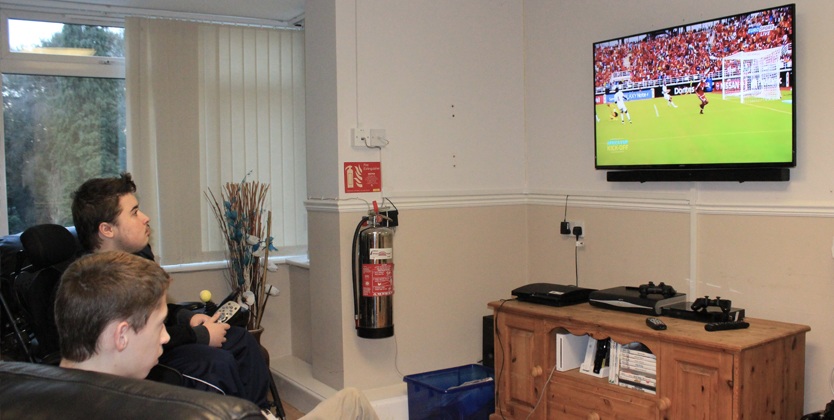 Students at the Victoria Education Centre (VEC), run by Livability, have received a fantastic flat screen television from local donations.

The construction company Morgan Sindall were the main contractors for the recent pool and changing room new build at VEC. During the course of their project, the construction staff became increasingly interested in the work that VEC and Livability do, in particular they were impressed with the students. As a result they went to their directors and asked them to support VEC in their annual charitable donation – which they did in the form of a whopping £1,000!

Obviously the staff and students at VEC were thrilled, and this turned out to be particularly good news for some students in particular who had been desperate for a quality screen on which they could watch sports and films. They had a particular model in mind which was just a tiny bit short of the price tag.

VEC staff decided to draw on local philanthropy and were not disappointed. Local tech shop George Fry stepped in and saved the day by filling the remaining costs for installations, as a kind of donation in itself.

So, thanks to the generosity of these companies, the students at VEC can now enjoy their favourite shows, film and sports in widescreen and with quality sound. Great news all round!