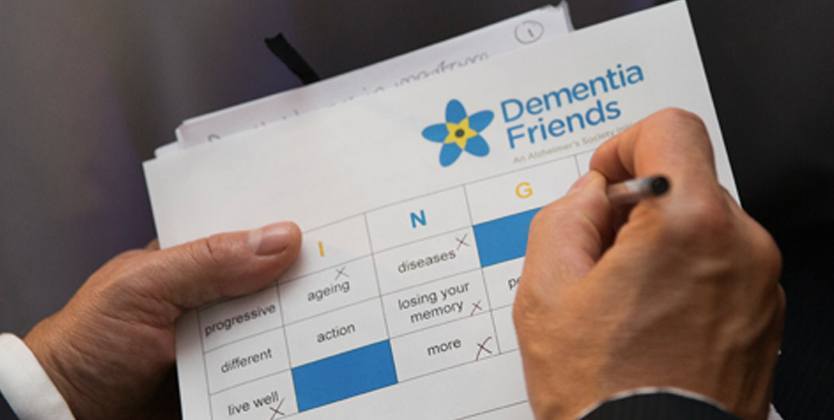 ‘We are delighted that the Alzheimer’s Society has reached its target of 1 million Dementia Friends by March 2015. Livability believes churches are an important part of many local communities and over the last two years, our Dementia Friendly Church initiative has helped many churches to both welcome people with dementia and work with local organisations to create Dementia Friendly communities.

‘We have worked with national organisations including the Alzheimer’s Society and the Dementia Action Alliance and produced a range of web resources offering practical guidance on how churches can become more dementia friendly.’

To date, Livability has delivered training to a number of churches and Dioceses, including the Dioceses of Lichfield and Blackburn. Notably, Livability trained 350 Dementia Friends at Greenbelt 2014, the UK’s largest Christian social justice and arts festival.

Livability are now working on an exciting project to produce a resource pack for churches with the Alzheimer’s Society and is looking forward to extending this important work across the UK.​