Livability speaks to MPs ahead of tomorrow's election 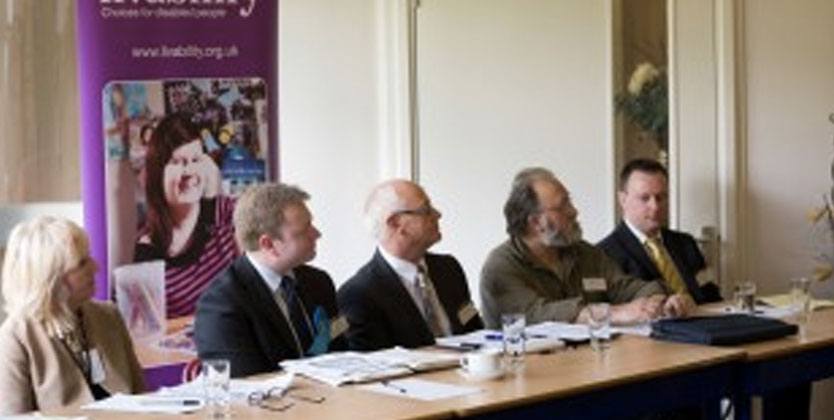 Over the past few months Livability has been organising conversations between our residents and staff with MPs and prospective candidates, to find out about the issues which matter most to them ahead of the general election.

Livability’s first hustings was at York House (Wakefield) where all political parties were represented, in addition, Lindsay Pantry, Senior Reporter at the Yorkshire Post, chaired the discussion.

A wide range of issues were discussed including the shortage of accessible housing, the impact of the transition from Disability Living Allowance to Personal Independence Payments and the lack of funding support for disabled people.

One of the highlights was hearing a few of the residents taking the representatives to task on the lack of accessible housing. One resident was cheered when she said: ‘We are disabled people and we should be entitled to choices just like others.’ Another resident also weighed in on the impact of the shortage on him, as he has been separated from his wife and daughter as a result of the changes.

These stories were not only heard by representatives, but were also reported in the Yorkshire Post.

Our hustings at Nash College (Bromley) was organised in partnership with a local disabled people user led organisation called X by X.

A major theme on the day was the barriers to independent living which young people face after college, including access to employment, supported living services and leisure activities. The students and staff fired off a range of questions, including one student Craig who had dissected each of the party’s manifestos to hold them account with his own questions.

The students and staff fired off a range of questions including one student Craig who painstakingly read through each of the party’s manifestos to perfectly craft questions specific to each party which he also pre-programmed into his communication aid in the event of being too nervous to speak.

Livability also spoke to residents for the Loud and Clear campaign, which was a 10 day video giving residents and staff a platform to speak about the issues which are most pressing to them ahead of the general election. To view the videos, click here and see below.