Livability at Parallel London - our highlights from the day 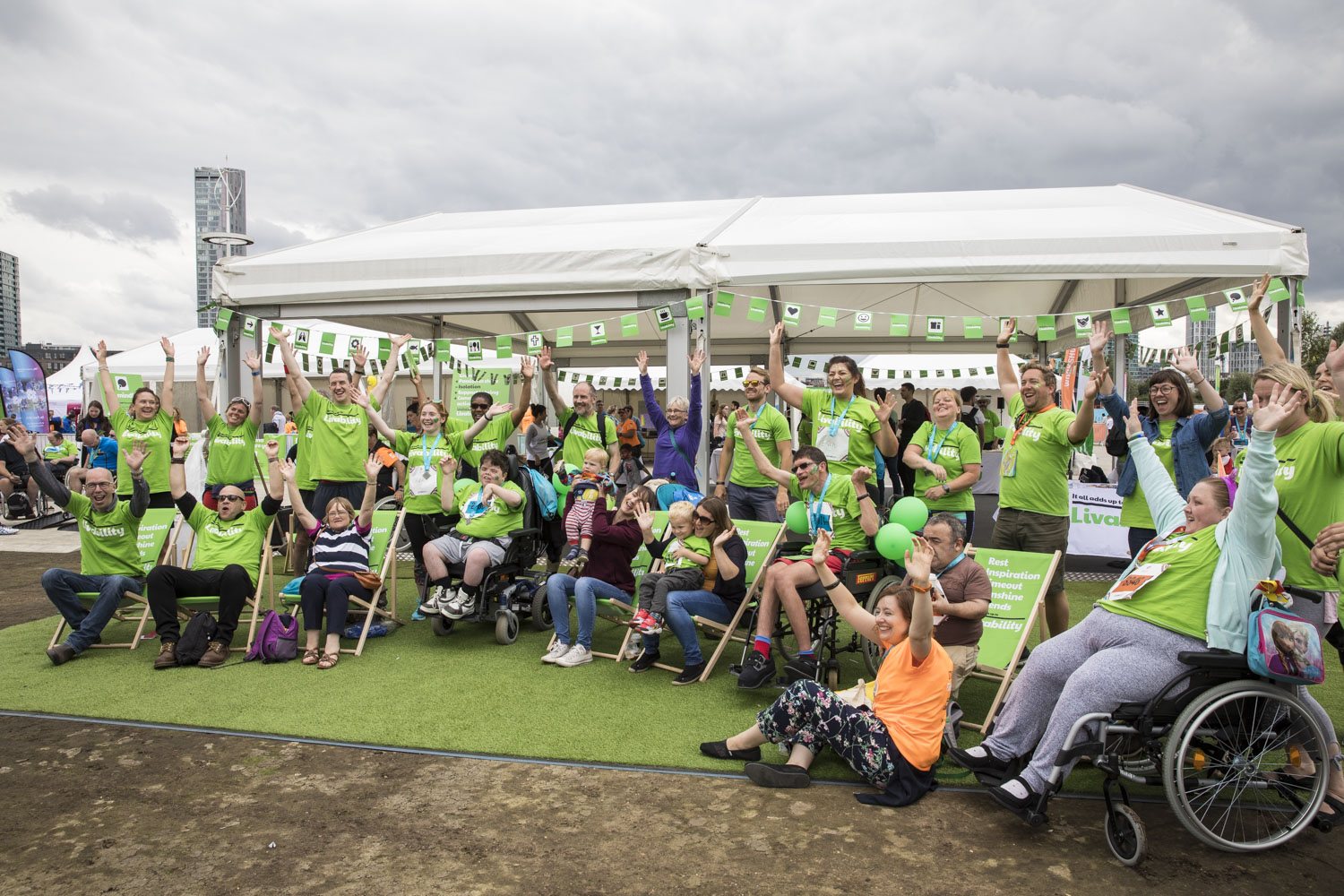 The event sees participants coming from around the UK, to take part in a range of accessible competitions. From the 100 m / 1 km / 5 km and 10 km and a sensory run, there’s something for everyone.

With this year’s theme being ‘side by side’ and with the event constructed to be as accessible as possible, the event really works to enable everyone to take part.

Here’s a roundup of just some of our highlights from the event.

As the Platinum charity partner for the event for the second year running, Livability were delighted to support this amazing day.

As a major partner, Livability delivers the Community Zone of the event festival, which runs alongside the wider arts, music, charities and sports attractions. Livability saw a wide range of people taking part in our giant ‘It all adds up’ pledge and wellbeing focused community activities.

Our amazing run/pushers and volunteers

A big thank you to everyone that supported Livability at Parallel. Livability were proud to welcome over 45 people who took part in one of the event races.

We also had over 19 volunteers join Livability to run our community activities in the event festival. From the people we support, staff and new volunteers, we were proud to have such a vibrant and energetic team backing our charity. Thank you to everyone for giving up their time and making the day so special.

Many people had fun in our giant selfie stand – spreading the message that community is so important to good care and support . It all adds up!

Livability’s ambassador and 44-marathon man Peter Thompson – joined Livability to run the 10 km on the day. Pete visited Livability’s community zone of the festival and was also interviewed in ‘Parallel Beats’ – a new content zone within the event festival sharing ideas and inspiration about inclusion and participation.

Peter Thompson recently supported Livability by running 44 marathons, in 44 consecutive days, in 44 European countries. He did this to raise awareness for mental health and funds for Livability, having been inspired work at our wellbeing centre in Poole – Livability Holton Lee.

Hundreds of people finished the event and stopped by Livability’s community zone. Inspired by the New Economics Foundation’s ‘Five ways to wellbeing’, zone visitors were invited by Livability to pick one of the 5 ways to grow connections, tackle isolation and boost wellbeing. Using giant idea boards and interactive activities and challenges – there was loads to get involved with.

Connect – People were invited to share their ideas of how to connect with community, which were placed on massive ideas boards around the site.

Learn – Visitors could learn a new skill in gardening and horticulture, with the support and expertise of our Livability Holton Lee wellbeing team.

Get active – The people that live at Livability John Grooms Court shared their expertise in an accessible boxing master class. Visitors were also invited to take part in the Invictus challenge – to see how fast they could wheel 400 metres to make it on to the ‘Top Gear style’ speed leaders board.

Be mindful – Livability’s Happiness Course team lead through activities to provide people with time and space to practice some wellbeing and mindfulness exercises.

Give – Livability’s charity team were on hand to share information about Livability, discuss ways in which people can support communities locally – and also how they could support Livability in different ways.

Taking the ‘It all adds up’ pledge

Having done the ‘5-ways’ activities in our community zone, many people also took time to sign Livability’s ‘It all adds up pledge’.

With isolation being a major issue in our society and the UK getting named the loneliness capital of Europe – the need to create connections are so vital.

Too many people face barriers in their lives and opportunities that can leave them more isolated. Disabled people are often at risk.

Through the It all adds up pledge, Livability is calling people to get active in their own communities. From simple things like having a cup of tea with someone, to learning a new skill or hobby – there are many things that people can do help to connect people and battle down isolation. It all adds up.

The day saw over 50 people take the pledge and sign up to receive ideas and inspiration from Livability in the weeks ahead.

Want to know more about the Livability It all adds up pledge? Read about it and sign up here.